The story of Royal Joh. Enschedé in the re-opened Janskerk 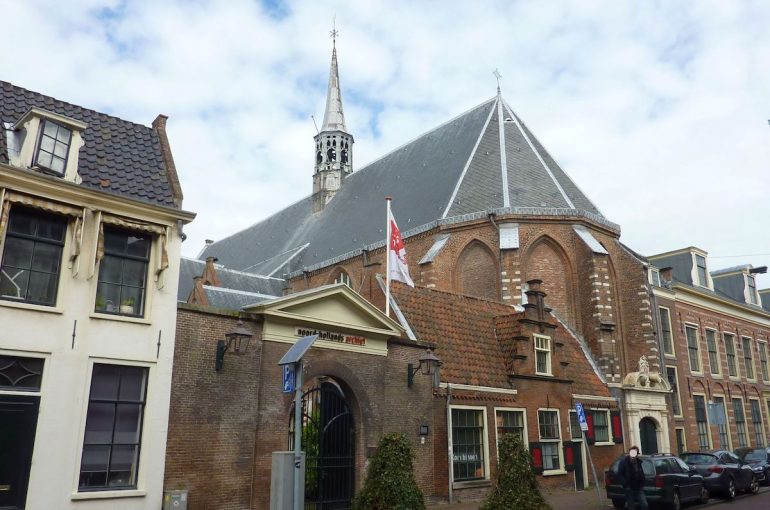 The Noord-Hollands Archief (NHA) has the entire archive of one of the oldest Dutch family businesses, Joh. Enschedé from Haarlem, in his depots. From 23 November in a permanent exhibition in the Janskerk the story of this iconic printer of banknotes, stamps and other printed matter, designer of letters and type watering can be seen. The opening of the exhibition coincides with the reopening of the radically renovated, 700-year-old Janskerk, the public center of the NHA.
Joh. Enschedé was founded by Izaak Enschedé in 1703 and later made great together with his son Johannes. The company still exists today. The exhibition in the Janskerk covers the period until the introduction of the euro. The exhibition tells the story of how these two men could make the company an international success, about their craftsmanship, their high-quality products, the art of printing, stamping stamping, letter-casting, the design of banknotes and the existing newspaper the Oprechte Haerlemse Courant.

All the value printing in the Netherlands

Designers such as Jan van Krimpen, Joan Michael Fleischman and M.C. Escher designed for Joh. Enschedé. De Nederlandsche Bank was one of the largest clients for many years. All the value printed matter in the Netherlands rolled off their presses for almost two centuries. The musical writing of Fleischman formed the basis for the first security features on banknotes and Jan van Krimpen developed his famous letters for Enschedé.
The entire company archive of Joh. Enschedé: printing presses, letter proofs, molds, stamps, printed matter, (designs of) banknotes and stamps for home and abroad. A treasure for professionals and researchers. A huge source for the exhibition, which is gratefully drawn from.

Put together your own banknote

The Amsterdam Studio Louter, known for prize-winning exhibitions around the world, was hired to develop this exhibition in collaboration with the Noord-Hollands Archief. The eye-catcher is the stained glass church window that brings together all the qualities of the company. Furthermore, three islands tell about the founders of the company, the capital of Enschedé, the famous designers and letter cutters and about the printed matter itself. You can also create your own banknote, learn more about the security features, view how you press on an old press, cut a stamp and cast a letter.
In addition to the permanent exhibition, there is a temporary exhibition every few months, in which subjects from the Joh. Enschedé are highlighted. In addition, the Historisch DrukLAB can make its own printed matter on request in a 19th-century Enschedé printing press in workshops. The exhibition in the Janskerk in Haarlem is free and open from Monday to Friday from 9 am to 5 pm and every third Saturday of the month from 9 am to 4 pm.