Designer at Royal Joh. Enschede (RJE) Nienke Uijtendaal, created the notes in the serie “Joh. Enschede, Printer of Value” which are specially made for the NH Archive exhibition.

From old to new in a note

“The goal was to design a note that tells the history of RJE and at the same time forms a unity with the style of the North-Holland Archive exhibition”, says Nienke. The stained glass windows of the church where the exhibition is located were an important source of inspiration. “Out of all the colour shades in the windows, I chose six colours for the design. Then I combined those colours to create more shades of the colours out of the window. It was quite a puzzle to get those colours into balance,” she continues. “It worked out very well!”

Design with a story

“I worked closely with Mart van de Wiel when I was designing the notes. He knows a lot about the history of RJE, such as the collaboration of Enschedé with Fleischmann that inspired me in the design of the notes.”

The music script that Fleischmann developed is a security feature for banknotes of the past, it was also used on the first banknote in the Netherlands, the Robin. The music script is reflected in the “watermark” on the notes that Nienke designed.

“Mart also wanted to include portraits of the most important people and elements from the past,” she says. “Fortunately there was a lot of visual material. I used the portraits of Izaak and Johannes Enschedé and I made the portrait of Fleischmann in the same style. ” The reason that Fleischmann looks the other way than the Enschedé’s is to indicate so subtly that he was not a family but an important employee. This has a resemblance to the old guilders.

From paper to digital

Nienke created four different designs for the exhibition, three different notes including portraits are for sale at the North-Holland Archive. The fourth one features an illustration of the church used for the exhibition and will be given away for free.

Nienke: “The design process always starts with sketches of first ideas on paper. The next step is to convert these paper drawings to a digital concept. Illustrator is used to roughly place the areas and frames to create a so-called first concept. Based on this first concept and the feedback on it, the design will be transferred to a software specially designed for security documents. This is where the line structures and other security features will be added.

Note with security features and a digital twist

“What makes these banknotes special to me is that they are the first banknotes designed by me that are sold. I pushed the limits regarding line widths and micro text to create a note that cannot be copied,” continues Nienke. “By applying intaglio printing you can feel the relief of the portraits on the note. We’ve also included various other security features that I cannot tell you anything about,” she says smiling. 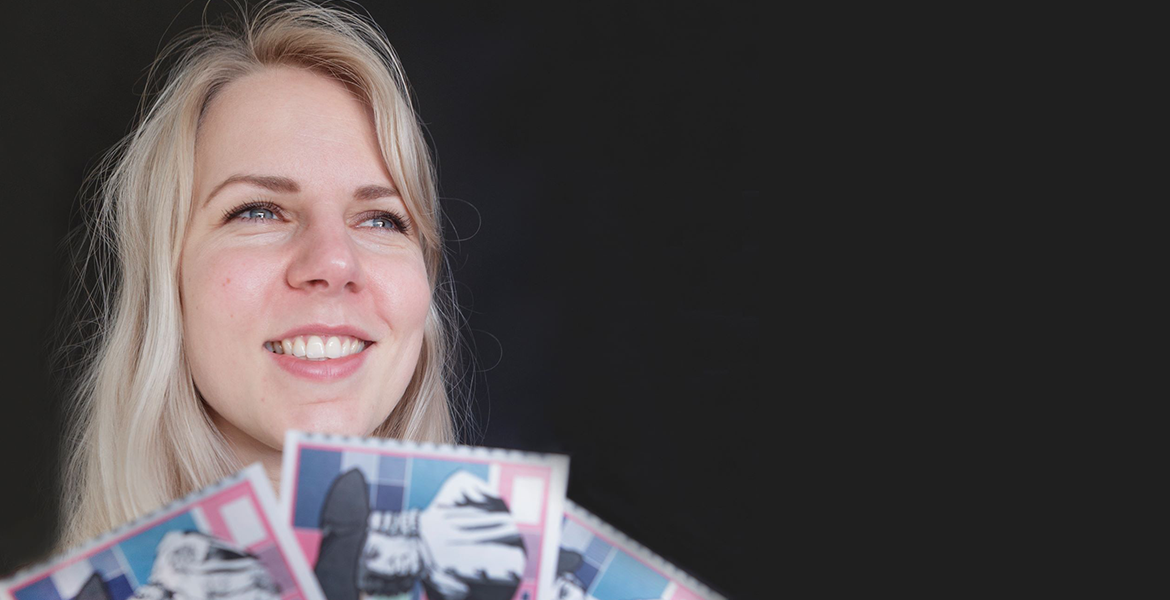 This is the part where we define the problem and identify the need or desire that requires a solution.
2

This is the process of designing the products, making use of the preparations we design our products to the highest specifications.
3

The last phase, this where the core of our business happens. The presses will start rolling, goin through to finishing and transporting the final product.

Do you want to talk about value?