An Post, the Postal Service in Ireland, has unveiled four unique stamps to marking the career of the band.

A booklet of four stamps (€5.40) contains two ‘N’ stamps covering standard post within the island of Ireland and two ‘W’ for posting around the world.

For fans of the band and of Irish design, there’s also a range of specially created stamp collectibles including a First Day Cover envelope with an early photo (by Colm Henry) of the band performing at Dublin’s Dandelion Market and a Souvenir Sheet featuring a special edition U2 360° Tour ‘panorama’ stamp set within a wider image (by Ralph Larmann) of the stage in London’s Wembley Stadium.

Capturing the career of the band on the tiny canvas of a stamp required expert design and, with input from the band, An Post worked with U2’s Creative Director Gavin Friday, as well as graphic designer Shaughn McGrath, to develop four concepts inspired by their album catalogue.  Each stamp has a different shape and range of print finishes to capture U2’s evolution over four decades.

“In a year with so many restrictions,” said Adam, “it’s fun to think that we can travel from our homes in Ireland to anywhere in the world, courtesy of An Post.”

Shaughn McGrath said that the stamps feel like a culmination of his work for U2.  “Each album has an icon that has come to represent its ideas and concepts.  In addition, each stamp has its own individual shape and together these act as a collective silhouette and a unique visual signature.” 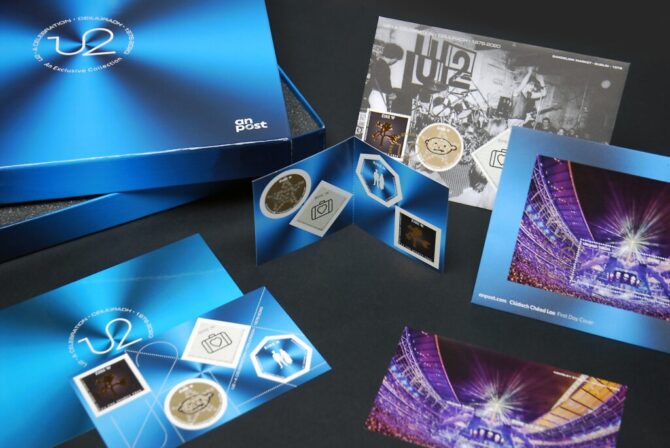 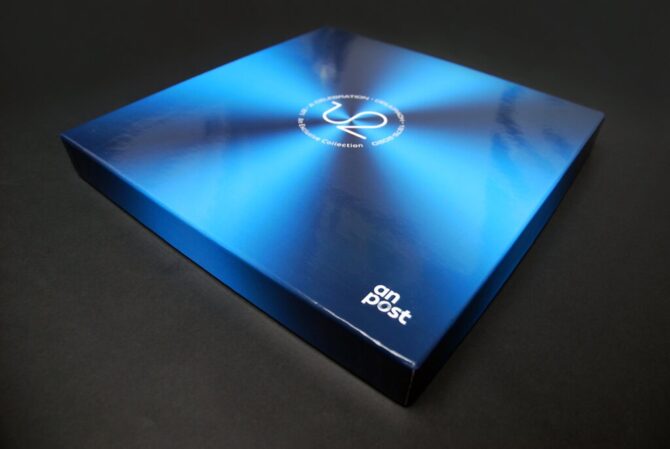 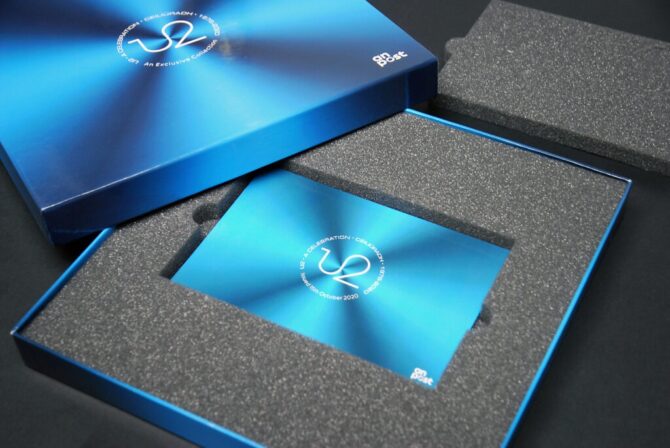 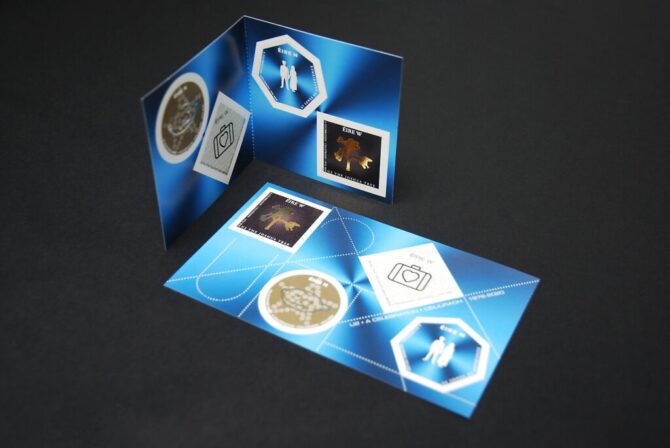 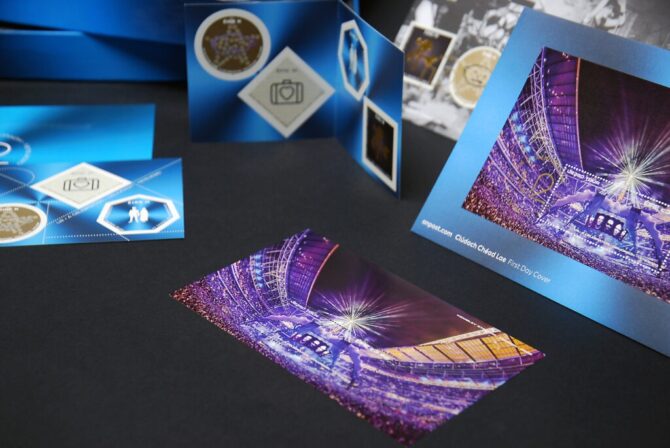 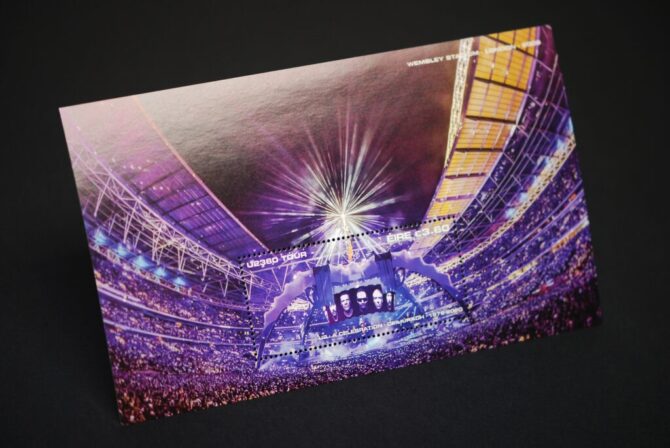 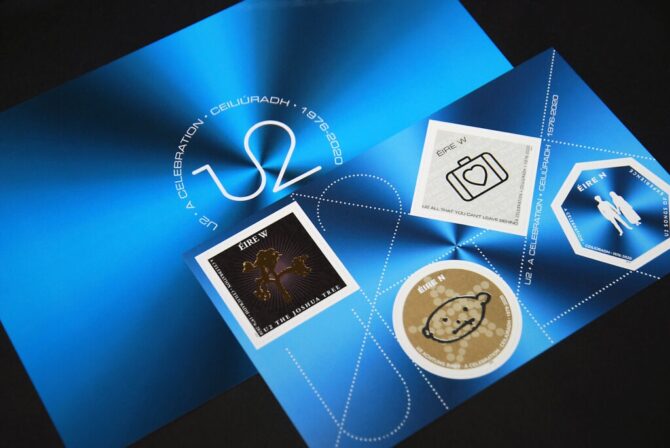 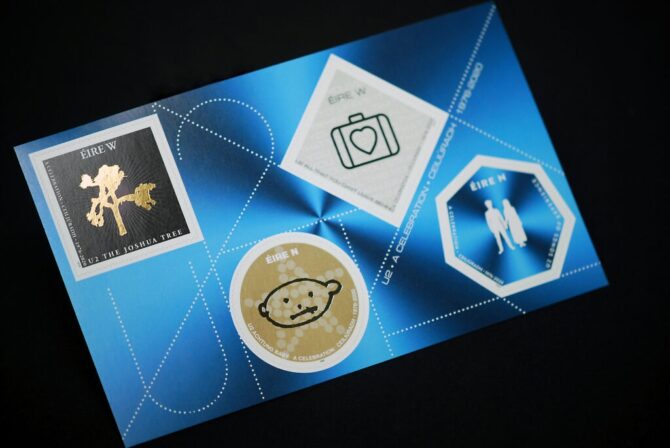